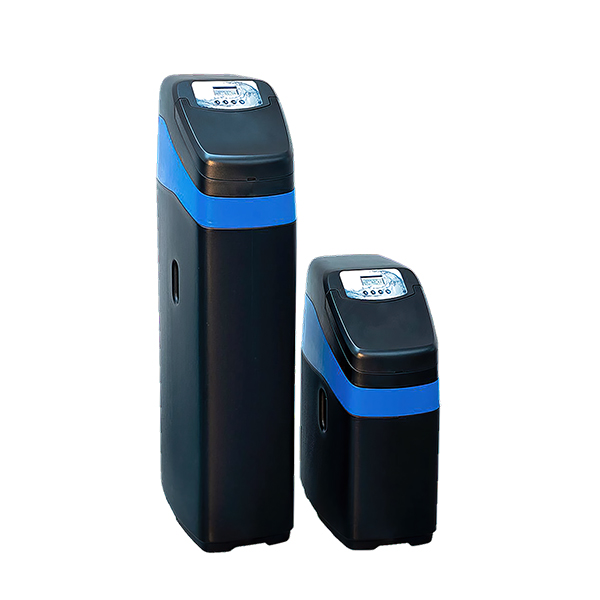 With a softening system from Filter-Online, you get a reliable system that ensures that limescale is no longer the worst enemy in the household.

When you have installed a Smartflow water softener in your home, you will in return get extra help with cleaning. You do this as the soft water does not leave large traces of lime behind it, as if the water had not been softened.

A water softener will thus give you much more time to do what you would much rather spend your time on.

What does a water softener system do?

The reason why people want a water softener is because they live in an area where the water is categorised as hard. The softener retains calcium and magnesium as a result of an exchange of ions, and the water is then distributed around the home’s water supply. It’s important to emphasise that the system does not extract the volume of calcium and magnesium completely, but reduces it, so that the water’s °dH (deutsche Härte) falls within the range for what is regarded as being soft water (4-8 °dH).

Furthermore, Smartflow water softener systems are fitted with an active charcoal filter, which removes earth-like smells and pesticides. We have written an article on water’s journey from groundwater to drinking water, in which you can read about why water from the tap contains pesticides.

Why choose a water softener system?

Maybe you’ve heard a friend or colleague talking about water softeners, that they reduce the calcium content in water, but you’re still not entirely clear about what specific benefits they have? In such case, read on and find out more.

If the calcium content is too high, the life span of your home’s appliances and kitchen equipment is reduced, as limescale builds up in inlets and outlets, and if you don’t descale them, it’s practically impossible to get them calcium-free again. Once the limescale starts to form, the machines performance will also be affected. Perhaps you’re already familiar with the problem in the shower, where the shower head sprays water all over the place because the small holes are blocked up with lime. Another example is the electric kettle which loses its heating capacity because of the build-up of limescale. And it’s not just in machines where lime is visible, it also has a stiffening effect on clothes, and it builds up on tiles and in the wash basin, where limescale forms in gaps and on the surface.

Another reason is that a reduced amount of calcium in the water is good for your body. As calcium absorbs liquid, an increased calcium content in the body can cause constipation and increase the risk of cardiovascular disease

Maybe you’re thinking, “but surely we need calcium?”. This is also correct, but where the body would be happy with a calcium content in the range of 4-8 °dH, the content in many parts of e.g Denmark is far higher. And, as already mentioned, it also has the advantage that water tastes better, something you notice if you live in or near cities, where water often has an aftertaste due to a higher proportion of bacteria in the ground.